Get updates about the latest immigration news and be better informed about the Canadian Immigration Process.
Canadian CitizenshipNews

Canada has altered the way in which it predicts immigration application processing time to offer the candidates a more accurate picture regarding how long it might take.

This move has been designed to offer the candidates with better chance to plan a move in Canada. Refugees, immigration, and citizenship Canada has started to project the processing time on the basis of the immigration level plans and the present backlog.

Earlier, processing times were estimated on the basis of the time the recent application took. The IRCC is going to base it on the time it took to process the application in the last 12 months. Officials are of the opinion that the new model will enable them to be more accurate since using historical data wasn’t that representative all the time. 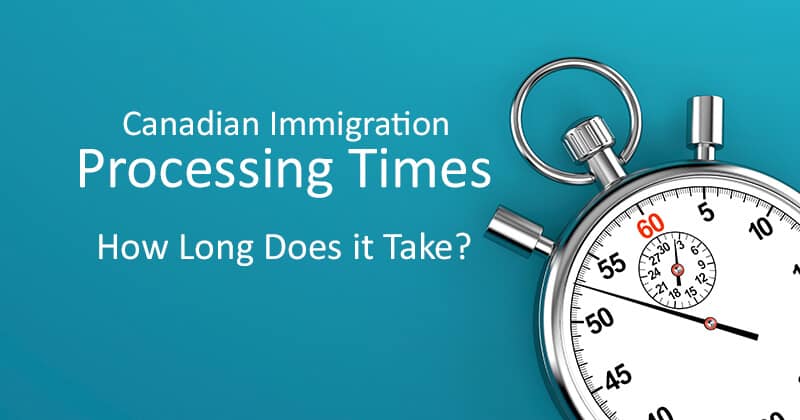 How does the New Processing Time Calculation Functions?

The new processing time calculator formula is going to consider:

One of the primary programs where the processing times are pretty sensitive issue is the Grandparents and Parents sponsorship program. IRCC has recently announced that it is going to return to first-come first-serve selection process for the PGP as they have experimented with the lottery system in the previous two years.

For the year 2019, Citizenship Canada, Refugees, and Immigration is going to issue invitation on the basis of the order in which online interest for sponsoring forms is submitted. Invitations is still going to be issued till the government reaches 20,000 completed applications up from the target of 17,000 in the year 2018.

How is the Grandparent and Parent Program Going to Change in 2019?

In case you are not that adept with the immigration program, you can hire an immigration lawyer. Make sure that you choose an experienced lawyer who has knowledge about the process. Also, you have to make sure that the lawyer that you have chosen has the license to practice law. If you want you can check for testimonials and reviews over the internet. You can also ask your relative to give you some suggestion regarding this.