Get updates about the latest immigration news and be better informed about the Canadian Immigration Process.
BlogExpress EntryPermanent Residents

It has been a few months since we last looked at the Express entry points draw. Now, in the middle of August it is time to take stock of what the latest CRS score means for Express Entry Applicants.

In our previous article we had made some predictions about the CRS cut off for July and how the score would change. Let’s start with how that panned out.

What had we expected for CRS cut off in July

We had expected the CRS Express Entry points draw to be held on 26 June – and that’s exactly when CRS cut offs were announced. Our next prediction was that minimum CRS scores would decrease in July, after the highs of May and June 2019. 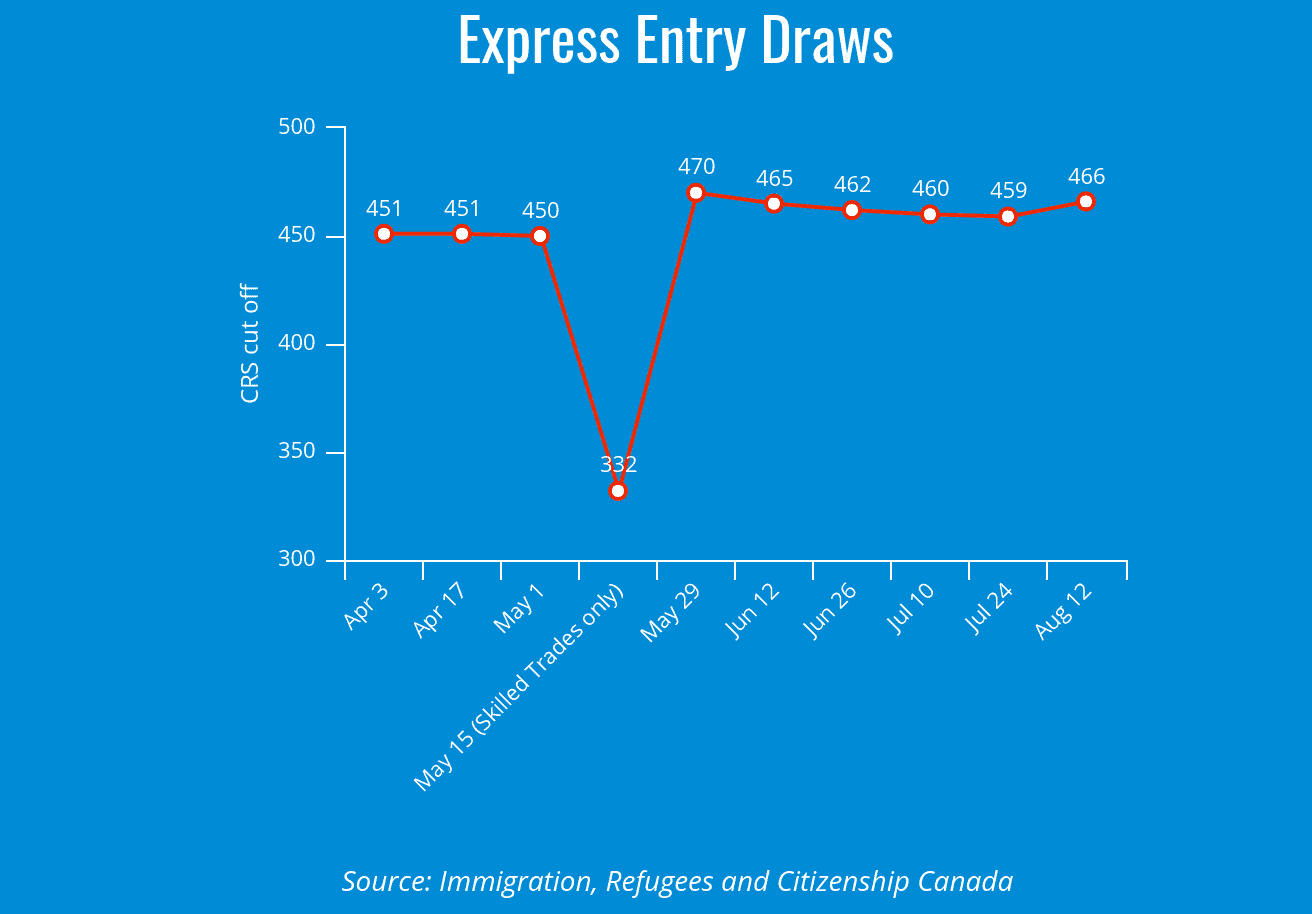 The graph above shows CRS cut off continued to decline towards the end of June and throughout July. We had expected this because the CIC was slowly clearing up a large backlog of applications. However, scores did not reduce as much as we had expected.

The CIC invited more people to Canada in July than it had in any other month in 2019.

It is important to note that not only did the CRS cut off decrease, the number of ITAs (invitations to apply for permanent residence) sent out were higher than have been in months. Usually, it sends out 3350 invitations, but the July draws each saw 3600 people receive invites.

Canada is on course to invite more immigrants in 2019 under Express Entry than it ever has.

Why the CRS cut off was raised for August

The minimum score to receive an ITA in August 12th’s draw was 466: a very noticeable increase of seven points from the last Express Entry points draw of July 2019.

The CRS cut off in this latest draw is 26 points higher than draws in August 2018! This is a very significant increase and points to two conclusions:

Trends for CRS Cut Off in August and September 2019

The recent announcements of the Canadian government that they want to increase immigration have encouraged more applications. The high CRS cut off in August 2019 and more ITAs being issued point to that.

Since the first Express Entry draw of invitations was completed on August 12th with a 466 cut off, here are our predictions for the next draw:

Will the CRS cut off reduce in September 2019?

For the Express Entry draw in September 2019, we expect the trend of rising CRS cut offs to continue. Typically, experience has shown that the CRS cut off increases towards the end of the year.

Based on that, this is what we expect for the Express Entry points draw in September 2019:

If our predictions are correct, the minimum CRS score to receive an ITA would touch 470 for the second time in 2019!

What is a good CRS score today?

What the CRS cut off means for Express Entry applicants

The latest CRS score trends suggest rising CRS cut offs, meaning greater competition in the Express Entry program. It has never been more important to make sure your application maximizes your CRS score. Speak to an experienced Toronto Express Entry lawyer about this. Every CRS point counts and you should receive the points you deserve.

However, this is also a very good time to start or file your permanent residence application. The CRS cut off is high and rising, but will reduce after a few months (Q1 2020) – exactly when you will expect to receive an ITA.

Best of luck in your Express Entry application! Speak to our Toronto Express Entry lawyer over Skype to get up-to-date advice no matter where you are in the world. 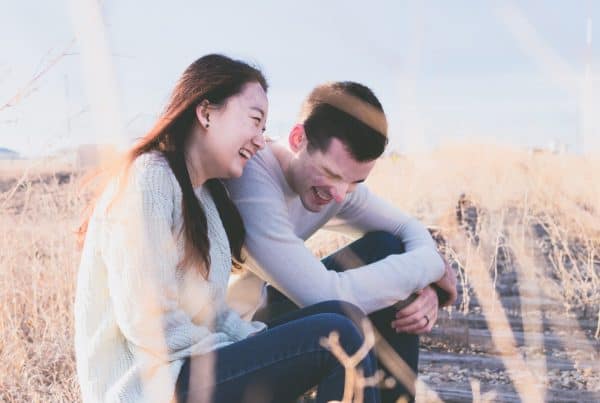 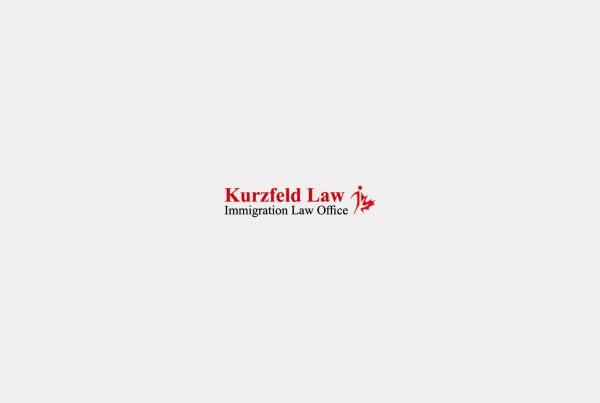